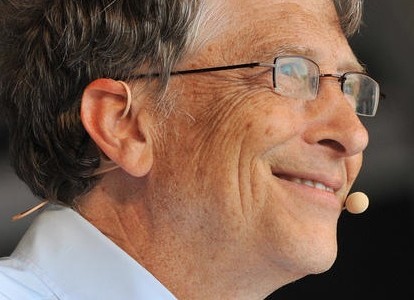 Microsoft billionaire Bill Gates was among a number of speakers at the recent Big IF rally in London who opted to wear DPA’s d:fine™ Headset Microphones.

DPA Microphones played a significant role at the recent Big IF rally in London’s Hyde Park by ensuring that celebrities and VIPs such as Microsoft billionaire Bill Gates and film director Danny Boyle were clearly heard by the 45,000-strong crowd.

Sound, lighting and power for the event was supplied by Ethix Management, which has many years’ experience in event production.

Ethix Management’s Managing Director Paul Jones, says: “We took 12 DPA d:fine™ Headset Microphones to the event and used them to mic various speakers, including Bill Gates. Apart from the fact that they sit so well on the user’s head and are incredibly comfortable, they were also chosen because they offer the best sound reproduction. When you are dealing with the spoken word there is absolutely no room for error as it is vital that the speakers are heard by everyone in the crowd. DPA d:fine Headset Microphones allow us to deliver loud and clear audio and, in our opinion, nothing beats them.” Ideally suited to a wide range of applications, d:fine Headset Microphones offer impressive gain before feedback and are extremely rugged and reliable. These unobtrusive microphones are easy to fit and are renowned for their audio accuracy. The microphones are available in both directional and omnidirectional options and in single or dual-ear designs with a choice of three lengths of microphone booms.

“We use d:fine Headset Microphones at many of the events we handle because we know we can rely on them to deliver the results we want,” Paul Jones adds. “We are now planning to invest in a DPA d:facto™ Vocal Microphone so that we have an alternative available for speakers who don’t like to wear headset mics.”

The Big IF rally was organised by the ‘Enough Food For Everyone IF’ coalition with the aim of raising awareness about global hunger. Throughout the day speakers such as Bill Gate, Danny Boyle, the former Archbishop of Canterbury Rowan Willliams and Nelson Mandela’s wife Graça Machel pressed for Government action to end hunger and save the lives of millions. Their comments were particularly directed to G8 leaders who were about to meet for a summit in Northern Ireland.