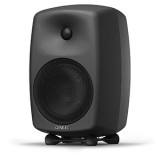 To celebrate both the 10-year anniversary of Genelec’s hugely successful 8000-series monitor speakers, and Big Bear Sound’s 10 years as their Irish distributor, we are delighted to offer trade-in deals for a limited time, from any active or passive studio monitor speakers to a new pair of Genelec 8010A, 8020C, 8030B, 8040B or 8050B models. […]